Self drive holiday is more enjoyful when you use the best travel cameras especially those who like photography tourism.

Since there are many photogenic places in Uganda where one will enjoy his or her self drive holiday from, there are a number of good cameras which can be used during photographing.

However, flashlight cameras are not advisable to be used especially in Bwindi Forest National Park during gorilla tours and during chimpanzee tracking in Kibale forest national park.

The following are some of the best cameras recommendable to be used during a self drive holiday:

In recent years, drones have become more affordable and a top manufacturer DJI has finally launched a budget model similar in size to a can of Coke and hitting the scales at just 300g. This makes the camera easy to transport wherever you go.

The camera offers 12 megapixels and can capture 1080p HD video at 30 frames per second. The wide-angle lens has a bright aperture of f/2.6 thus offering good performance in low light and it comes with electronic image stabilization hence video footage is sharp and free from vibrations.

The camera can be controlled either by use of hand gestures or you can use the smart phone remote-control kit.

The maximum flight time is 16 minutes, so it’s worth investing in a spare battery as the remote control extends flying range from 100m to over 1km.

The main drawback is that you can lose control of it if it’s a particularly windy day; it does, however, have a handy ‘return home’ feature which makes it much easier to land. The Spark is also handily equipped with sensors to help you avoid running it into something.

Though Polaroid’s instant cameras can be hefty and expensive, Fujifilm has come up with this cheaper option that due to its rugged build, is great to just throw in your luggage.

There is no built-in zoom but there is a close-up lens that you pop out thus enabling you to take a picture at a range of just 32cm.

There is also a built-in flash and you can change the mode depending on conditions. The shutter speed is 1/60th of a second and lens aperture is f/2.4. Most handy is the ‘Selfie mirror’ on the front which allows correct framing for Selfies.

Photos can sometimes look a little over exposed especially in brighter light. It hits the scales at 307g and is roughly the size of a squat book.

A 5cm touch screen gives you the ability to zoom in with your fingertips. It also offers a time-lapse function and allows you to record in slow motion, plus there is a microphone for capturing sound.

The GPS means you can record the location of photos and videos; perhaps more impressive though is that the Hero 6 is waterproof to 10m without having to buy any housing for it.

Battery life is not as good as you might hope (two hours at most) but you advised to spare batteries.

Another new feature is the smart phone app allowing you to edit footage and automatically share it on social media.

You can turn it on by simply saying ‘GoPro start recording’ – in practice not always effective. There is a night-time mode for photography in low light, but this is still fairly grainy.

One of the most affordable motion-activated camera traps is the Out-back Cam which handily camouflaged to blend into the surroundings.

It has a 12-megapixel, 3.6mm camera offering 1080p HD video at 15fps and night vision up to 15m away with infrared illumination that can be switched between 19 and 40 LEDs.

It can be a little hit or miss and your first images come out slightly blurred or overexposed but learning to use it can be fun (if sometimes frustrating).

It’s powered by four AA batteries which should last a night outdoors but can be extended to eight cells.

The casing is durable and water resistant and the manufacturer says it can operate in temperatures as low as -20°C. It is certainly rugged and survived several nights out in winter conditions.

It’s capable of capturing seven shots in a row each time it’s triggered. You can change the megapixel settings but any video footage is shot in just five megapixels in HD quality.

You can set a delay to keep recording every five seconds or anywhere up to ten minutes if needed. 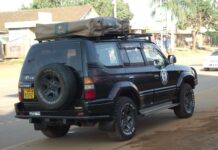 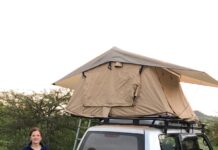 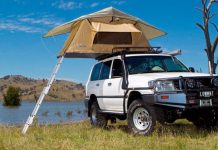