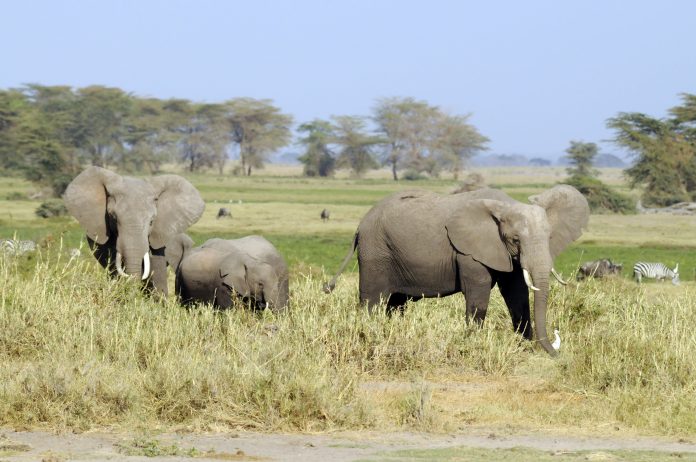 Welcome to Maasai Mara National Reserve that is found in Narok County and globally known for its large populations of Lions, Cheetahs and Leopards together with the great annual migration of Wildebeests, Zebras, Topis, Thomson’s gazelles and Elands which migrate from the Serengeti plains in Tanzania.

Maasai Mara is in the ecosystem of Serengeti-Mara ecosystem thus allowing the Wildebeests and other migrants to find it easy to access the Maasai Mara in Kenya.

To access the park, you will first book with a tour agency of your own choice such as Eco Tours Kenya in order to provide you with a most ideal 4×4 vehicle (Extended Land Cruiser with pop-up roof) for the Maasai Mara safari and the agency will do the all organization of your safari when you are even still at your homeland such that on your arrival in Kenya, you will find that all the needs for your safari are worked on by the agency including the accommodation reservation in the Park thus you will only need to just be given your hired vehicle together with your driver if at all you ordered for him and then go for the safari in the Park.

The park is a 6 hours drive from Nairobi city and in the park you will stay in one of the park’s accommodation which will be booked for you.

The annual migration of wildlife in the park is one of the most impressive events worldwide involving over millions of Wildebeests, 500,000-plus Thomson’s gazelles and over 200,000 Zebras.

During this migration, over 97,000 Topis and 18,000-plus Elands also are seen migrating together with the Zebras and Wildebeests of which this splendid and spectacular migration is clearly viewed from the Mara River where the animals pass through in order to access the Park.

The park is also a habitant to all Africa’s big five which include Lions, East Africa’s Bush Elephants, Cape buffaloes, Leopards and Rhinos.

These species all exist in excess except the Rhinos which had been few in the park but are now increasing and a traveler will be able to see them since they are even stable in the park.

At the shores of the park’s Mara River and Talek River you will also view a large number of Crocodiles and Hippos.

Over 500 bird species with Vultures, Marabou storks, Ostriches and Horn bills being inclusive and many others.

There are many activities that a traveler to this park will be able to do and these include; game viewing, game drives, nature walks, bird walking, balloon safaris and cultural encounters where you will meet the amazing culture of Maasai tribe.

Each traveler to access the park is asked to pay the park entrance fee of US$ 80 at the gates of the Park and all activities are accompanied with professional and well trained park guides who frequently speak English.

As you are doing the various activities, you will be allowed to go back at our lodge or camp for lunch except the balloon safaris which are done very early in the morning and it lasts for less than three hours where on descending down you have a breakfast which you will have from the bush.

In the park you can as well have a circuit safari to Lake Nakuru National Park which inhabits the largest number of Flamingos in the world and you enjoy this excessive number of Flamingos which are over millions of them and the safari can be taken in one day or even half a day in order to see the Flamingos at the shores of Lake Nakuru thus leaving Kenya with a great experience since you will have seen a large number of animals and birds.

All You Need to Know on Kenya Safari