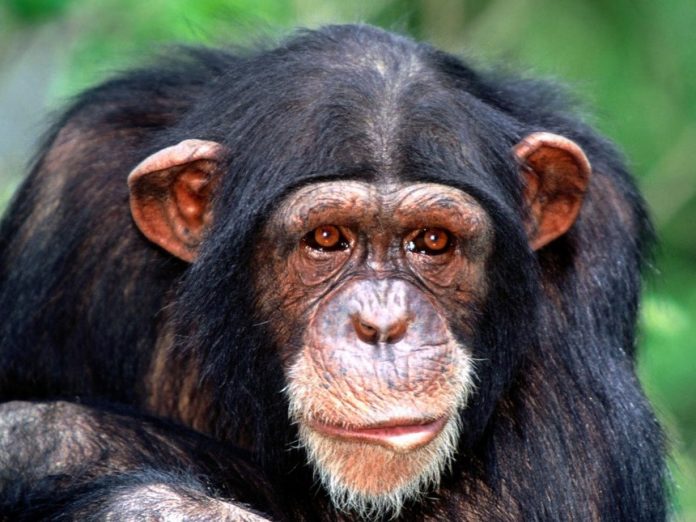 Chimpanzees are herbivorous primates which feed on stem, shoot, leaves and fruits mostly black in color; they have hairless faces with its fore limbs longer than the lower limbs. They usually feed both on ground and up in the tree branches, these primates are rated to be the closest to human features.

Traveling to Africa for your wildlife safari in Uganda and you are more interested of seeing the Chimpanzees are mostly found in the Eastern part of the African Continent in countries named Uganda, Rwanda and Democratic Republic of Congo. All these countries are bordering each other and below are some of the most prominent destinations where Chimpanzees are mostly found.

This is one of Uganda’s most prominent, attractive and popular destinations to visit for wildlife and primate safaris, it is located in the South western part of Uganda near fort portal town and you can better access it via Kampala- Mityana- Mubende- Fort portal high way.

It takes about 6-7 hours to drive from Kampala to Kibale Forest National Park and reaching this park you are welcomed by its ever-green cover which comprises of Montane and tropical rain forest, big tree species, green grass and more. This park is mostly known for the great habituated chimpanzees although it’s rated to be one of the best bird watching sites in Uganda.

The most interesting activity done in Kibale Forest National Park is Chimpanzee tracking which involves visiting the Jungle with interest of seeing these shy primates playing with young ones, feeding, laughing, mating, swinging in the tree branches and taking photos of them for memories but it’s always advised to maintain your voice at low tone when moving in the Jungle because these chimps sometimes tend to be tricky as they may hide away when they discover that there are some enemies or people coming, this tracking activity costs $150 USD per person.

If not, Chimpanzee tracking you can do the Chimpanzee habituation experience which involves staying in the Jungle for about four hours or a full day while with these primates and this costs $200 USD per person.

Since this park is rated to be one of the best bird watching sites in Uganda bird watching is another activity you can do in Kibale mostly in the Bigodi Wetland where the rare shoe bill can be sighted.

This is located far in the South western part of Rwanda and it’s among Rwanda’s top major destinations to visit on your Rwanda safari vacation. It’s mostly known for awarding an amazing Rwanda chimpanzee tracking safari since there are only found in this destination when it comes to Rwanda.

It protects one of the region’s largest and oldest remaining patches of montane rain forest, its home to over 310 species of birds thus referring it as one of the best bird watching sites in Rwanda.

It has over thirteen primate species which include the habituated chimpanzees, number of mammals and variety of other species, it is characterized with Rain forest, Bamboo, grasslands, and swamps which comprises of over 240 tree species, 140 colorful orchids, and more than 1050 plant types.

This is one of Uganda’s destinations majorly known for wildlife safaris because of its wide range of wild life primates and species in its diversity, it is located in the western part of Uganda bordering Kibale Forest National Park in the south west.

It is rated to be one of the major bird watching sites in Uganda with over 500 bird species recorded sightable mostly in the Ishasha sector where the tree climbing lions are residents, Kyambura gorge, Maramagambo forest and the Kazinga channel. Although this park is mostly known for the famous tree climbing lions it is also good in a warding an amazing Chimpanzee tracking Safari and these chimps are mostly found in Kyambura gorge but during some seasons they are rarely seen.

This is a protected area on an island located on Lake Victoria; it was gazzeted to provide home to the rescued orphaned and uncared chimpanzees. Currently over 49 chimpanzee species are recorded in this sanctuary protected in well stated cages and forests at Ngamba Island. You can better access Ngamba Island Chimpanzee sanctuary by use of a boat and the starting point is in Entebbe. When you reach Ngamba there are several activities you can do which include Chimpanzee feeding, Care giving, Volunteering and more.

This is rated to be the oldest National park in Africa formerly called Albert National Park and it was gazetted to provide home to the remaining Democratic Republic of Congo’s gorilla population although even Chimpanzees are residents to this park mostly found in Tongo forest and the best way of sighting these primates used is carrying out a Chimpanzee habituation walk which is always started in the morning in a group of four people at a cost of $100 USD per person. For an amazing Chimpanzee tracking safari in Africa do not miss out visiting the all destinations listed above in their respective countries found in the Eastern part of the African Continent. 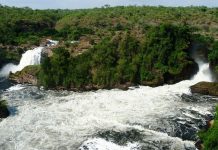