Travel Africa Blog Africa Travel Guide
Home Travel Africa Undergoing Massive Infrastructural Development
Share on Facebook
Tweet on Twitter
Africa is currently undergoing massive infrastructural development, especially with projects aimed at boosting cross border trades. The continent, through the African Union’s Continental Free Trade Area (CTFA), is also on a mission to establish the world’s largest free-trade area. Thus, making connecting the various fragmented markets is important and necessary.
Here is a list of four major transportation projects that will achieve this goal.
1.    West Africa Regional Rail Integration
The West Africa Regional Rail Integration project is aimed at connecting isolated areas in the region to urban areas and market. The project is a two part rail network development.
One is to connect Bamako in Mali to its Southern border, Cote D’Ivoire, Burkina Faso, Niger and the Benin Republic. While another one is coming from Lagos connecting the Benin to Cote DÍviore.
The estimated cost of the project was pinned at $1.9 billion, and construction has begun in 2015 with the Benin-Niger railway extension and Lagos.
2.    The Trans-African Highway
The Trans-African Highway network is a transcontinental road project developed by the African Union and other regional international agencies – United Nations Economic Commission for Africa (UNECA) and the African Development Bank (ADB).
The 56,683 km road project is aimed at promoting trade and alleviating poverty in Africa. At completion, it is expected to transverse all countries in the continent except Burundi, Eritrea, Somalia, Equatorial Guinea (Rio Muni), Lesotho, Malawi, Rwanda, South Sudan, and Swaziland.
3.    The Ethiopia-Djibouti Rail Link
The Ethiopia-Djibouti Rail Link is a 756-km stretch linking Addis Ababa and the Red Sea state of Djibouti. It will begin operation in October 2017.
The $3.4bn (£2.7bn) Ethio-Djibouti rail project was kick-started in 2016 with China’s EXIM Bank providing about 70% of the funding.
4.    Bagamoyo Port
The Bagamoyo Port is a proposed port to be constructed in Bagamoyo, Tanzania. Upon completion, it would be the largest in Sub-Saharan Africa.
The first phase of the $11 Billion project is expected to be completed by 2017. And by 2030, Bagamoyo port will handle 20 million containers a year. 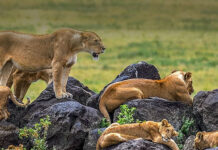 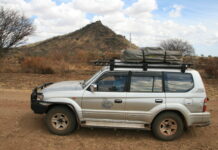 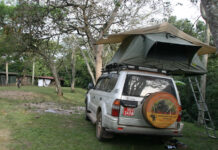