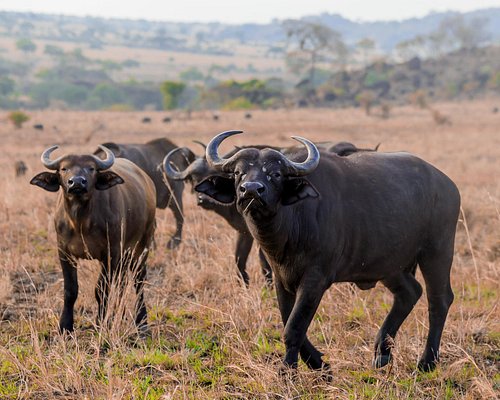 The Maasai Mara, Kenya and Serengeti, Tanzania wildebeest migration is Africa’s great migration and happens every year where by large numbers of wildebeests (over 2 million) and other animals like the grant’s gazelles, impalas, zebras (over 200,000), elands, and Thomson’s gazelles migrate from the Serengeti plains in Tanzania to the Maasai Mara in Kenya. Therefore, if you are planning to take your African safari in Kenya and Tanzania do not miss this great expedition.

They move clockwise over 1,800 miles annually which makes their migration easy to predict. They mainly migrate in search for better water quality and new grazing grasslands.

One of the most sought-after experiences for wildlife and nature enthusiasts, the Great Migration is the ever-moving circular migration of over a million animals across the Serengeti-Mara ecosystem. The constant movement of columns of wildebeest, joined by a host of companions.

The circuit takes the animals from the Ngorongoro Conservation Area (although not into the Crater itself) in the south of the Serengeti in Tanzania, up through the Serengeti and across into the Masai Mara in Kenya and back again.

The journey is beset with danger: young calves are snatched by predators, the slow are brought down by prides of lion, brave beasts break legs on Steep River slopes, crocodiles take their share of the stragglers, and the weak and exhausted drown.

The three groups of migrant grazers have different grass-eating habits: as one group eats the top of the tallest grass, the next group will eat away some of the medium-height grass, until finally it is almost completely eaten, and the herds move on.

This means each group sticks to their own kind with only a small overlap in their distributions. The grasses of the plains have the highest protein content in the whole of the Serengeti, as well as being high in calcium.

It is unclear how the wildebeest know which way to go, but it is generally believed that their journey is dictated primarily by their response to the weather; they follow the rains and the growth of new grass.

While there is no scientific proof of it, some experts believe that the animals react to lightning and thunderstorms in the distance. It has even been suggested that wildebeest can locate rain more than 50km away.

Around January each year, the migration will be finishing a southward trek, moving along the eastern edge of the Serengeti and into the Ngorongoro Conservation Area. Here the plains are rich in nutritious grass, providing the herds with the best conditions for raising their newborn calves.

Although there is no real beginning or end to this migratory circuit other than birth and death it seems reasonable to call the wildebeests’ birthing season the start of the migration. Around late January or February, the herds occupy the short-grass plains that spread over the lower northern slopes of the Ngorongoro Crater highlands and around Olduvai Gorge. Some 400,000 calves are born here within a period of two to three weeks, or nearly 8,000 new calves every day.

After bearing their young in February and March, around April the wildebeest herds begin to drift northwest toward the fresher grass of the central Serengeti, drawing with them thousands of zebras and smaller groups of antelope. By May, columns of wildebeest stretch for several kilometres as the animals start to congregate by the Moru Kopjes, close to Dunia Camp, one of the few camps in the Serengeti that offers migration viewing at this time of year.

Mating season begins toward the end of May and male wildebeest battle head-to-head. Throughout ‘the rut,’ the journey continues at leisure with the wildebeest, zebra and gazelle grazing as they go along.

During June, the dry season starts with large concentrations of wildebeest in the Western Serengeti and on the southern banks of the Grumeti River. Each migrating animal must face the challenge of crossing the crocodile-infested river the first of many daunting and tense river encounters.

As June moves into July, the hundreds of thousands of wildebeest and zebra continue to head north along the western edge of the park toward an even riskier barrier: the Mara River in the north of the Serengeti. These river crossings are arguably one of the most exciting wildlife events on Earth. They usually begin at the onset of high season in July, but timing all depends on nature.

By August, the herds have faced the challenge of crossing the Mara River and are spread throughout the Masai Mara’s northern region, with many remaining in the northern Serengeti. In years when the river is in full flow, the panic and confusion at the crossings combined with waiting predators and surging currents can cause massive loss of life. But, even in years of relatively gently flowing water, the crocs take their toll, not to mention the lions and other large predators that patrol the banks, ready to ambush any wildebeest that make it to the other side. There is no single crossing: at some spots, there are just a few individuals, while others see a mass of animals moving without break for hours.

By September to October, the main chaos has ended and the migrating columns have gradually moved eastward. However, they wildebeest will face the heavy waters of the Mara River once more as they prepare to cross once again for their return journey southward.

Early November, the wildebeest move down from Kenya and into the eastern limits of the Serengeti past Namiri Plains, an area known for outstanding cheetah sightings. By December, they are spread throughout the eastern and southern reaches.

In the early months of the New Year, the grasses in the deep south of the Serengeti are lush with rain. This draws the herds of wildebeest and hundreds of thousands of zebras and other plains animals. The cycle continues as the calving season starts once again.